10pc of countries responsible for 80pc of carbon emissions in world: PM Imran

RIYADH – Pakistani Prime Minister Imran Khan said on Monday that 10% of the countries were responsible for 80% of the world carbon emissions and there was a need for collective efforts to take this challenge more seriously.

Speaking at the Middle East Green Initiative Summit in Saudi Arabia, Khan expressed the hope “we will collectively take this challenge more seriously”.

He said that Pakistan, being one of the 10 most vulnerable countries, had faced 150 harsh weather events in the last 10 years with an economic impact of over $3.8 billion. He said the economic cost of climate change to be faced by Pakistan in the coming years has been estimated at $ 6 to $14 billion.

The Pakistani prime minister said one billion mangrove trees will be planted in Pakistan to cope with the growing environmental challenges. He said an initiative has been planned to boost mangrove plantation under the Ten Billion Tree Tsunami Programme in the country.

He said Pakistan was taking serious steps to tackle environmental issues. The prime minister said the world should take it serious as it is now affecting coastal communities rapidly.

Earlier on Monday, Prime Minister Imran Khan shared his perspective on the challenges faced by the developing countries due to climate change.

Khan is on an official visit to the kingdom on the invitation of Crown Prince Mohammed bin Salman to attend the launch of the MGI summit. This is Khan’s second visit to Saudi Arabia this year. He visited the kingdom last in May and signed several agreements.

#LIVE: The #MGISummit convening leaders from across the Middle East in #Riyadh to unite ambitions, drive investment & motivate the collective action needed to tackle #ClimateChange.
https://t.co/ZO0yAgPGdO

Riyadh, a signatory to the Paris climate pact, on Saturday set out details of its nationally determined contributions (NDCs) — goals for individual states under global efforts to prevent average global temperatures from rising beyond 1.5 degrees Celsius above pre-industrial levels.

The United States and the European Union want Saudi Arabia to join the global initiative on slashing methane emissions by 30 percent by 2030.

PM Khan is accompanied by a high-level delegation, including his aide on climate change Malik Amin Aslam. 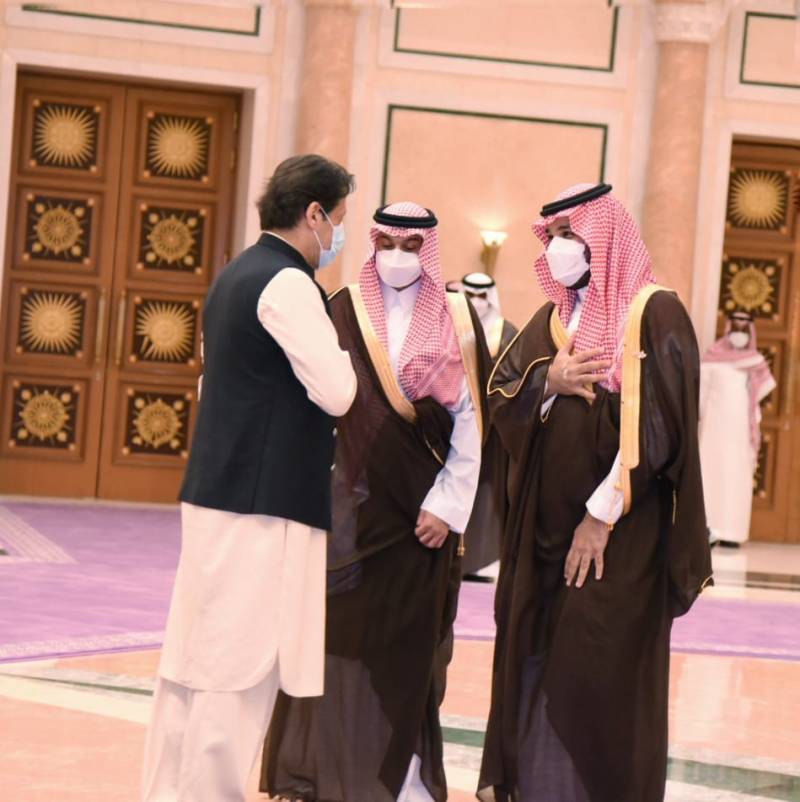 The event is the first of its kind in the Middle East region. It may be recalled “Green Saudi Arabia” and “Green Middle East” initiatives were launched by the Saudi crown prince in March 2021, aimed at protecting the nature and planet.

PreviousPM Imran congratulates Uzbek president on reelectionNextIt’s not a good time to talk to India about better relations: PM Imran