Aamir Liaquat has a ‘surprise’ up his sleeve for Imran Khan, Fawad Ch before leaving Pakistan 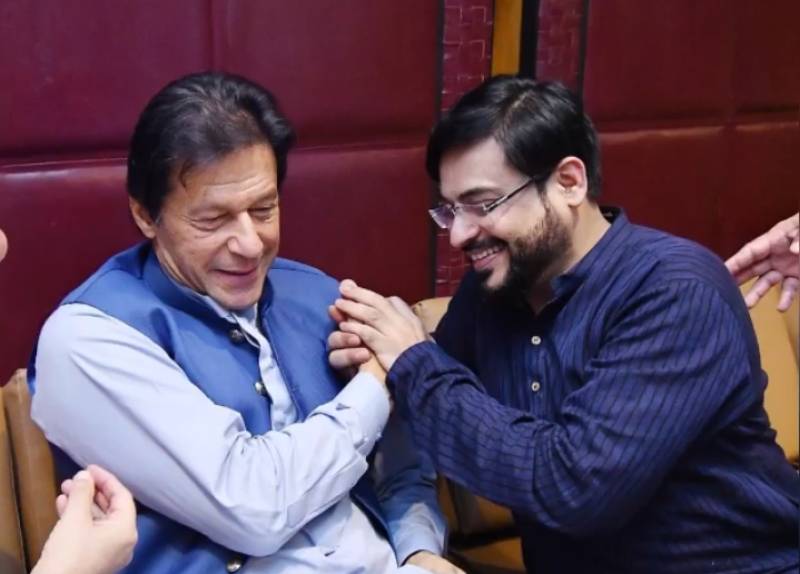 KARACHI – Controversial televangelist and politician Aamir Liaquat dominated headlines like no other and this time the former PTI lawmaker claimed to have a ‘surprise’ up his sleeve for PTI chairman Imran Khan and former information minister Fawad Chaudhry.

Aamir has recently announced leaving Pakistan forever after his video clips, featuring him in compromising positions, were posted online and the issue become the talk of the town.

In recent tweets, the Aalim Online host alleged former party colleague Fawad Chaudhry as the man behind the group who supervised a group that disseminated his lewd clips on social platforms.

Quoting a high-profile official of a federal investigation agency, Aamir said it was revealed that PTI social media team is behind the recent leaks; however, he mentioned that investigations are underway.

The noted TV host maintained that the PTI leader and the team shared his clips to please former Prime Minister Imran Khan, who according to Aamir is mad at him. Aamir earlier accused the PTI chief of having committed ‘treason’.

The development comes days after the teenage wife of the TV host leaked his private videos in which the latter is seen fully naked, allegedly after taking drugs.

The clips were allegedly shared by Dania Shah, his third wife who recently made startling revelations and filed for divorce over Aamir’s ‘abusive acts’.

Dania alleged that the Aamir is addicted to drugs and is a man of bad character. She also filed a suit for annulment of marriage and demanded a monthly personal expense of Rs100,000. Furthermore, she has demanded more than Rs100 million as her Haq Mehr (alimony) and other things promised by Aamir Liaquat at the time of their marriage.

How to avoid crisis in case of fresh polls for Punjab CM: LHC