FAISALABAD – A man killed his female colleague at a bank for refusing his marriage proposal in an area of Faisalabad on Thursday.

The incident happened at a branch of the Bank of Punjab located in the limits of Theekriwala police station, 25 kilometers away from Faisalabad on Jhang Road.

Police have registered a case against the suspect on the complaint of the victim’s brother.

He said that the branch manager named Rana Mansoor had been forcing his sister, who was working as customer services officer at the same bank, for marriage. 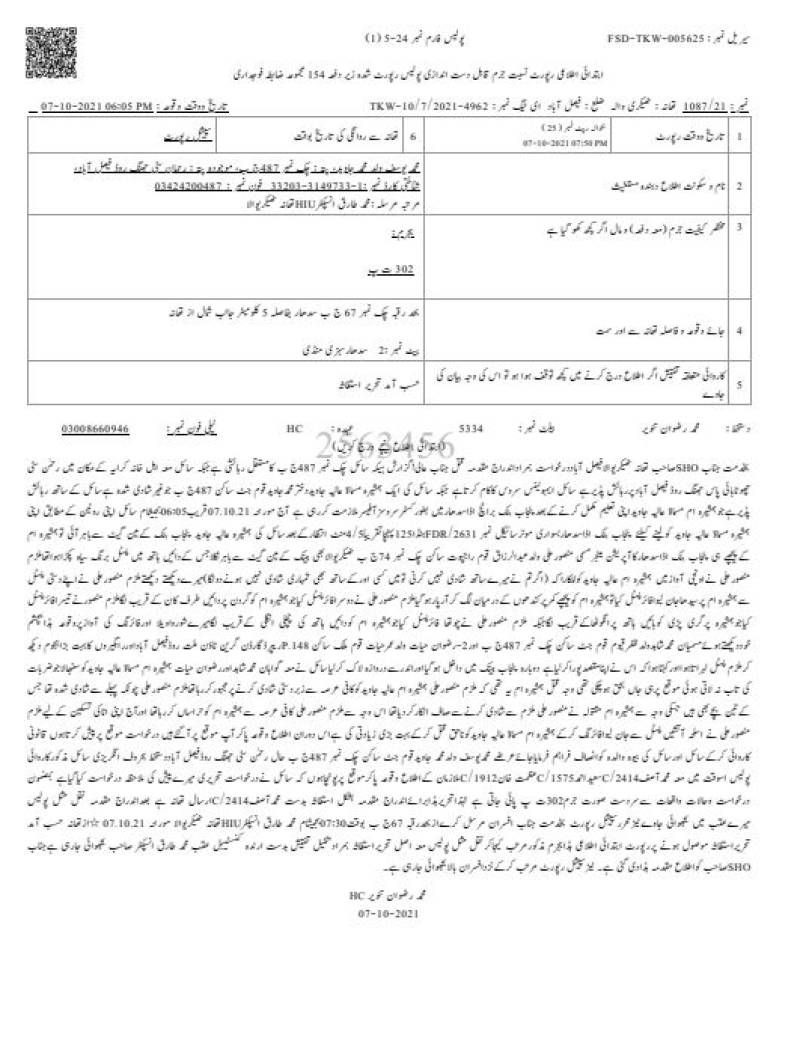 The complainant said that the manager was already married and has three children with his first wife, adding that his sister had refused his proposal.

“When I went to the bank to receive my sister, Mansoor opened fire on her from the back, leaving her dead on the spot,” he said.

Police have arrested the suspect after registering a case against him.

PM Shehbaz asks all political forces to get united against terrorism

PM Shehbaz asks all political forces to get united