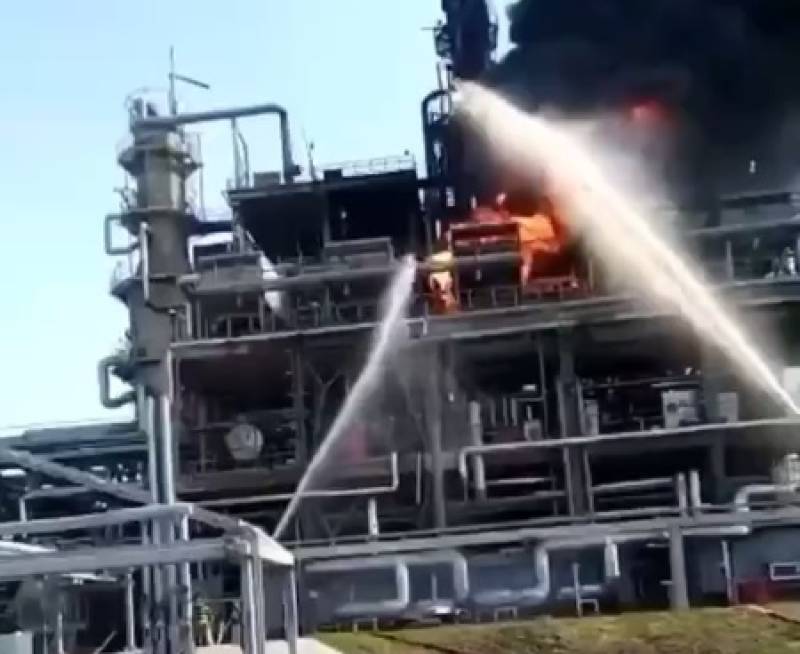 MOSCOW – A fire erupted at an oil refinery after an alleged drone strike in southern Russia near Ukraine border amid ongoing military operation in the east European country.

A video of the drone crashing into the Novoshakhtinsk refinery in the Rostov region was shared on YouTube channel of Ukraine’s land forces, which termed it “holy fire”. However, Ukrainian officials are yet to comment on it.

He confirmed that nobody was hurt in the incident, adding that work has been suspended to assess the damage at the oil facility.

Local Russian officials are blaming the Ukraine for the attack.

The refinery explosion is the latest in a series of explosions and fires at sites in Russia that potentially are linked to military supply since President Vladimir Putin ordered the Februay 24 military operation in Ukraine.

In April, Russia claimed that two military helicopters of Ukraine hit an oil-storage facility in the city of Belgorod. A fire also erupted at a ammunition depot close to the Ukraine border later that month.