ISLAMABAD – The government has increased the petrol prices by Rs8.03 a day after Prime Minister Imran Khan mentioned the surge in fuel prices in a televised address.

According to a notification issued by the ministry of finance, the price of kerosene oil has reached Rs116.53 after an increase of Rs6.27. Light Diesel price has also been increased by Rs5.72. It will now be available at Rs114.07 per liter. The new prices will be effective from November 5. 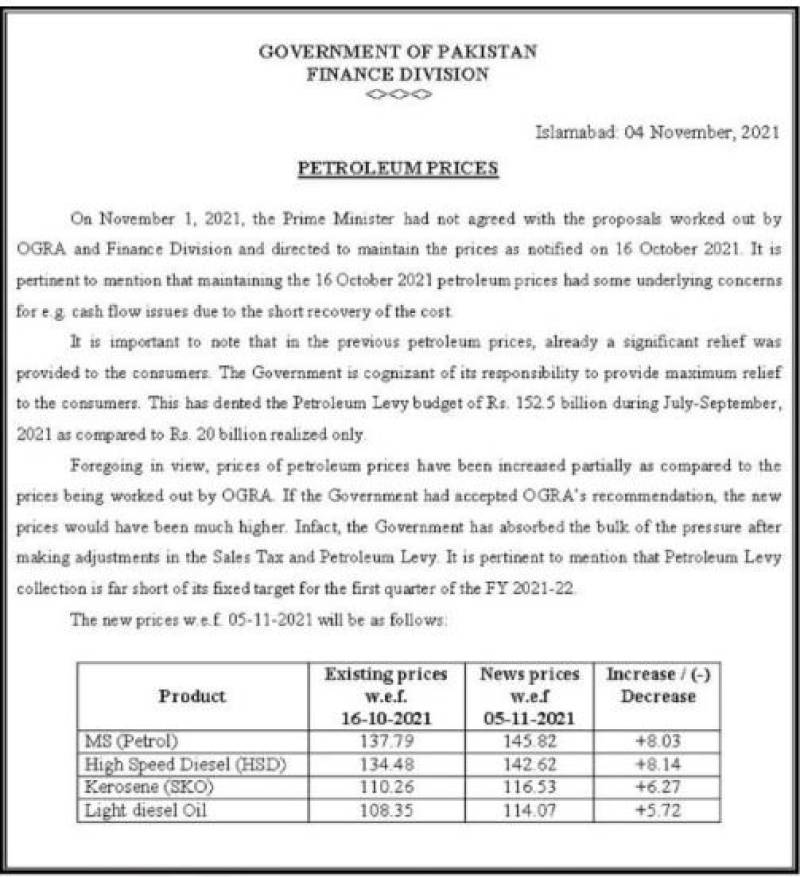 In view of the recent price hike, Prime Minister Imran hinted that fuel prices will be further increased. Quoting rising inflation figures in Europe and the US, the premier said oil prices had risen by 100 percent in the last 3-4 months internationally, while they had increased 33pc in Pakistan.