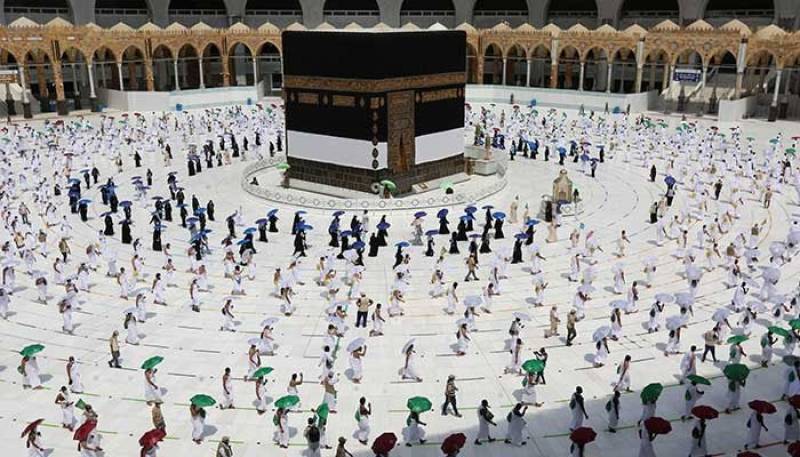 ISLAMABAD – Balloting of Hajj applications under government scheme is being held today in Islamabad.

The names of successful intending pilgrims will be selected through computerised balloting at the ministry. People above the age of 65 years cannot perform Hajj this year.

The Ministry of Religious Affairs and Interfaith Harmony will hold balloting to select the names of over 32,000 intending pilgrims out of a total of 63,666 applicants under the government Hajj scheme.

Communications Minister Asad Mehmood and Minister for Housing Maulana Abdul Wasay will be chief guests at the balloting ceremony.

A day earlier, the ministry’s spokesperson Muhammad Umar Butt said that the ministry had not extended the last date for the submission of Hajj applications due to time constraints.

He said Pakistan received a Hajj quota of 81,132 pilgrims this year which was being distributed with the ratio of 40:60 percentages to the government and private schemes respectively.

Butt, while estimating the Hajj expenses, said this year the total cost of the pilgrimage was expected to be Rs700,000 to Rs1 million, however, the Saudi Ministry of Hajj and Umrah has not provided the details of mandatory expenses yet.

The ministry would announce the overall Hajj cost only after receiving details of mandatory expenses from the quarters concerned, he added.