QUETTA – The Pakistan Meteorological Department Saturday issued a seventh alert for the cyclone Shaheen amid rains and strong winds along the Makran coast.

Reports quoting sources said the South-Western region of Pakistan is reeling under the effects of Cyclone Shaheen as gusty winds have knocked down power poles while the boats in the area also suffered damage.

The maximum sustained surface wind is around 120km per hour, with the sea condition quite high around the system center. “The system is likely to keep moving west-northwestwards till today evening and then recurve southwestward towards Oman northern coast,” the PMD alert cited. 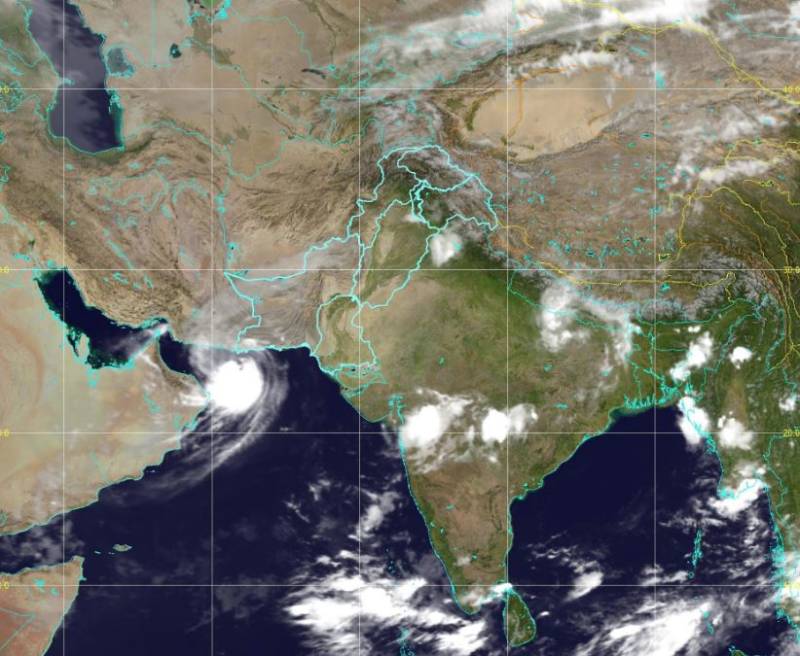 Meanwhile, the Met Office has issued warnings about the urban flooding in Lasbela, Awaran, Kech, Khuzdar, and other areas of the country’s largest province in terms of land. The affected areas in the region will also receive heavy downpour with thunderstorms till Sunday.

PMD also asked provincial rescue authorities to remain vigilant as inward-spiraling winds can damage susceptible structures. The Cyclone Shaheen is currently present in the northwest of the Arabian Sea – around 500 km west of Sindh capital, 250 km from Ormara, and 125 km from Gwadar.

The recent development came as Cyclone Gulab, which was initially formed in the Bay of Bengal, lost its intensity but formed into Shaheen as the warm surface temperature of the Arabian Sea again boosted it.