By International Pakistanon May 11, 2022
0 Comments

ISLAMABAD – Human rights activist and lawyer Imaan Hazir Mazari is trending online as she recently appeared to defend PTI activist Maryam Malik who had earlier exchanged barbs with her in a social media banter.

The daughter of Pakistan’s former human rights minister Shireen Mazari was pleading the cases of journalists booked under the contentious PECA act and recently Maryam received a notice by Federal Investigation Agency while some officials also visited her residence.

As the PTI activist moved to court, IHC Chief Justice Athar Minallah took up the petition and restricted federal investigators from harassing Malik and her family members.

Speaking in a vlog of Mati Ullah Jan, the PTI activist responded behind picking Mazari as her counsel however she denied abusing Mazari.

Despite her claims, some social media users dug deep and brought her tweets to light. 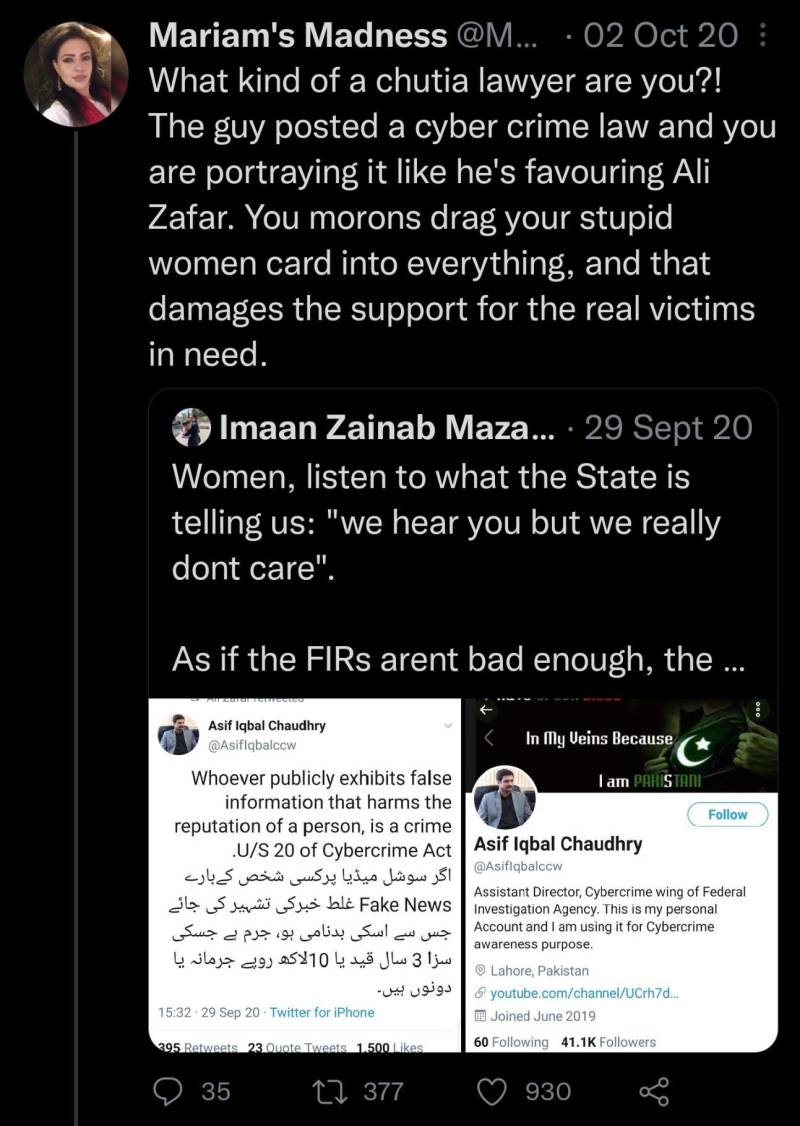 Mazari, the social activist who was recently booked in a sedition case for anti-army slogans, mentioned that investigation agency did not stop practice of harassing citizen and continued to send notices to the social media activists.