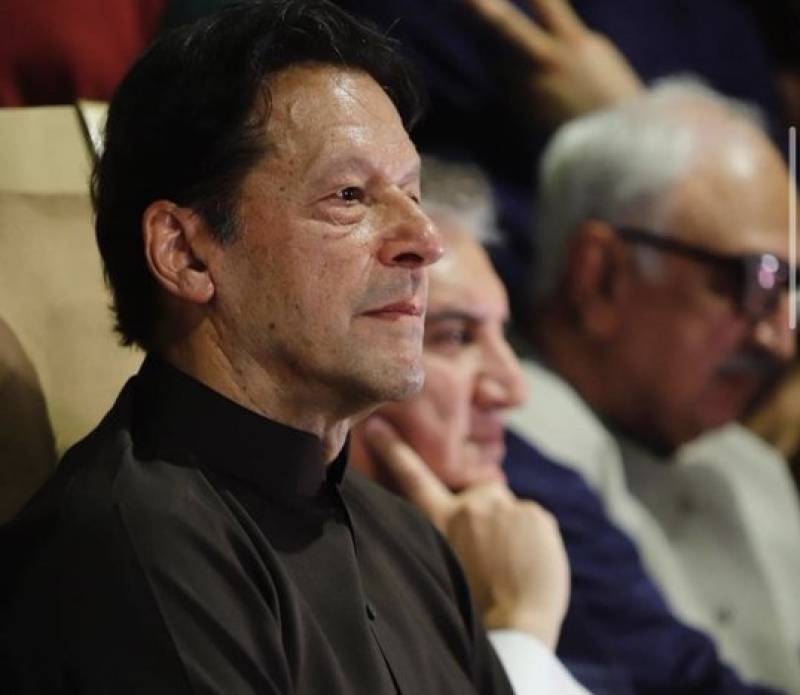 FAISALABAD – “Get justice for me and our country in case something happens to me,” former prime minister Imran Khan asked his charged supporters in Faisalabad on Sunday.

He said his life was under threat and that he had recorded a video message, which would be released in case he is killed.

Addressing a huge rally in the textile capital of Punjab, Khan said, “I’ve recorded a video because I know Pakistan’s history. It tells us our justice system can’t apprehend powerful criminals, so I leave it to the people. If something happens to me, then the nation will have to get me justice.”

“Will you do it?” Khan asked a charged crowd.

He said, “You have to make two promises with me. If something happens to me then those I name in the video, you have to stand up to them and ensure they are taken to court so that the first time the powerful will face the law.”

The PTI chief asked the crowd to make a pact that they would “never accept slavery” and “never vote for a party whose leaders’ money is stashed abroad”.

He said such politicians could not be trusted to safeguard the country’s interests since their possessions are abroad. He lashed out at the PMLN-led coalition government, saying they were taking the country “towards destruction”.

Regarding Foreign Minister Bilawal Bhutto-Zardari’s upcoming trip to the United States, he said the government would “beg” for money from the US and “use my name to scare them [US]”.

Khan said any US help would come with stringent conditions, which would include Pakistan being asked to “serve India, forget about the Kashmir and Palestine causes and back out of business transactions with Russia and Iran”.

On a lighter note, Khan asked people in the crowd to ensure that no lota (turncoat) wins in future elections in Faisalabad. Otherwise, he said, “I won’t come to Faisalabad again.”

Earlier, Khan questioned the new PML-N-led coalition government’s ability to handle the economy, pointing out that rupee was continuing its slide against the dollar, the stock market was under pressure and inflation was soaring.

Khan reiterated that his government was toppled through a conspiracy hatched in the United States and executed by the Pakistani “Mir Jafars and Mir Sadiqs”, a historical reference he has used consistently over the past month as a pejorative for those he claims were part of the alleged conspiracy against him.

Hitting out at Prime Minister Shehbaz Sharif and Punjab Chief Minister Hamza Shehbaz, Khan said that under-trial individuals occupied such high offices and this amounted to “disrespecting the nation”.

Khan said as soon as Shehbaz took charge as the prime minister, he removed all officers of the Federal Investigation Agency (FIA) who were pursuing the money laundering case against him and his sons.

The former prime minister repeated his claimabout the circumstances surrounding the death of former FIA director Mohammad Rizwan, who was probing money laundering charges against him.

He said that Rizwan had died from a heart attack due to “immense pressure” he faced from Punjab CM Hamza. The PTI chairman said another FIA officer involved in the case also suffered a heart attack.

“I feared this would happen,” Khan said, calling on the Supreme Court to take suo motu notice of these incidents “just like you did against us” so it could be determined how the two FIA officers suffered heart attacks.

“I will tell you of the poison which if placed in food, gives a heart attack,” he said.

Khan said he was proud of the actions his government had taken to tackle Islamophobia and raise the the issue of blasphemy of the Holy Prophet (Peace Be Upon Him) on the international arena. He called on people from all walks of life to set out on the march to Islamabad when he gives the call later this month.