By International Pakistanon May 13, 2022
0 Comments 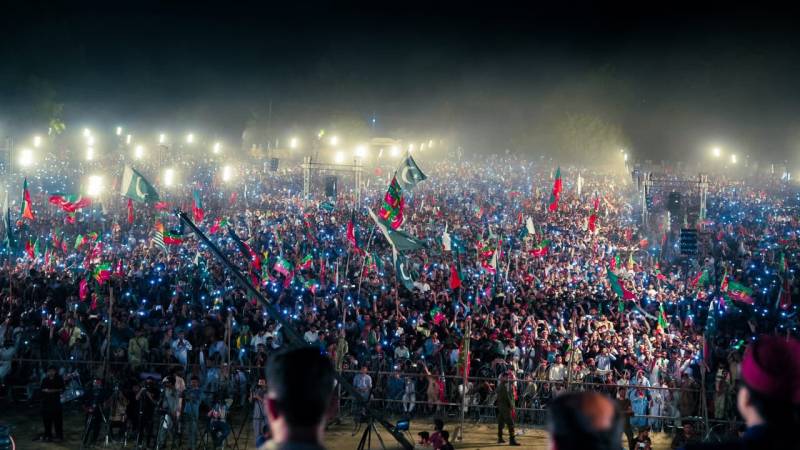 MARDAN – Pakistan Tehreek-e-Insaf (PTI) chief Imran Khan on Friday lashed out at what he called ‘neutrals’ and the chief election commissioner of Pakistan.

Addressing a rally in Mardan as part of his campaign for the Real Freedom March on Islamabad against what he calls the important government, Imran Khan laid down his demands.

The former prime minister put forth the following demands at the rally:

Khan said it was for the people of Pakistan and not for any foreign country to decide who should rule Pakistan. He urged his supporters to overcome their fear of death before coming to Islamabad (for the long march) against the “imported” government.

Thank you Mardan for such a huge turnout. Unfortunately most people could not get inside venue. From my rallies I am sensing Islamabad will witness our history’s greatest gathering of people demanding haqiqi azadi & rejecting imported govt. #MardanJalsa
#امپورٹڈ__حکومت__نامنظور pic.twitter.com/0WjECsVDg3

“The sea of people will wash away everyone if there is no date for elections,” said Imran Khan. He addressed all public employees, including the personnel of the security forces, but stopped short of saying anything concrete.

He said that incumbent rulers would never allow Pakistan to become a great nation. He then spoke about economic difficulties during his rule and his plans for the long march on Islamabad.

“I am giving a message to the corrupt mafia and the convicts should hear this,” he said, “You will not make decisions for the country, but the people will decide who rules Pakistan.”

He once again reiterated his claim that the “United States had conspired” against his regime, while the local “Mir Sadiqs and Mir Jaffars” were involved.

“When I came to know about the conspiracy, I approached people who could stop it,” the former prime minister claimed.

“I told them that if this conspiracy succeeded, our economy would falter given its current condition.”

The PTI chairperson said he had sent then Finance Minister Shaukat Tarin to tell “those who call themselves neutral” that the economy will collapse, but they did not do anything.

Imran Khan had made the same claim in a tweet posted a few hours before he addressed the rally. At the same time, former human rights minister Shireen Mazari accused the ‘neutrals’ of involvement in Khan’s ouster.

“I know who conspired [against me]. The image of each of the conspirators [and] Mir Jaffar have been imprinted on my heart,” he said

He said that the chief justice of Pakistan must form a commission to dig up who conspired against him and an open hearing must be held so that the nation could know who was siding with these Mir Jaffars and Mir Saddiq.

Imran Khan launched a virulent attack against the chief election commissioner of Pakistan and demanded that he must be removed.