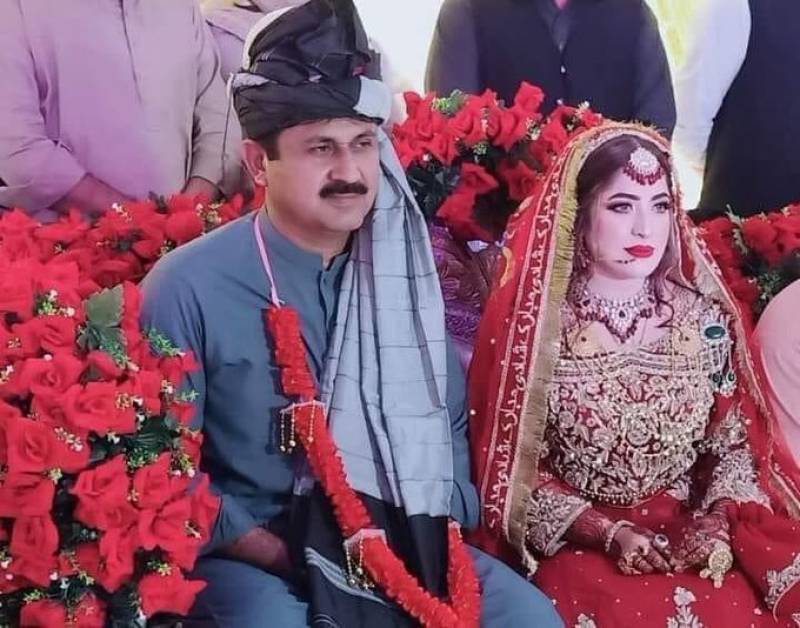 MUZAFFARGARH – Former Pakistani lawmaker and Awami Raj Party chief Jamshed Dasti has got married and the pictures of his wedding are getting viral on social networking sites.

The Barat ceremony of Dasti, who often calls for access to justice for the common man, was held last week.

The viral picture shows Dasti in traditional attire and in turban while his bride opted a red bridal dress with heavy jewelry.

The Awami Raj party leader told a local media outlet that his walima ceremony will be held in October this year where he intends to serve Daal, a South Asian cuisine, to guests in wake of looming inflation.

In the recent past, the former lawmaker called on PTI Chairman Imran Khan where the latter reportedly asked him to join his party.

In the year 2013, a court handed down three years jail term with a Rs 5000 fine to Jamshed Dasti in the fake degree case.