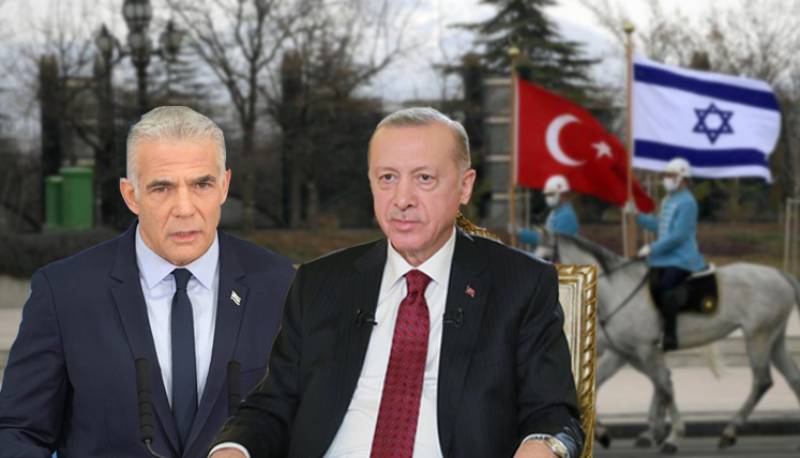 ANKARA – After years of cold relations, Israel and Turkey have announced the renewal of diplomatic ties in another move to improve relations.

The recent thaw comes on the heels of a telephonic conversation between Israeli prime minister Yair Lapid and Turkish President Recep Tayyip Erdogan.

The Israeli PM said the move will contribute to deepening our bilateral ties, and to strengthening regional stability.

Following my conversation with President @RTErdogan, Israel & Türkiye have decided to restore full diplomatic ties between our nations, including returning ambassadors.

This will contribute not only to deepening our bilateral ties, but to strengthening regional stability. 🇮🇱 🇹🇷

Both countries also slated to exchange envoys and consuls general, however, no timeframe was given by any official.

Earlier this year, the two sides announced a new era in relations when Recep Tayyip Erdogan met with Israeli President Isaac Herzog in the Turkish capital.

Lapid appreciated the development and called it an important asset for regional stability and very important economic news for Tel Aviv.

Experts said Ankara is likely to improve relations with other nations amid growing political and economic isolation while the Lira also plummeted in recent years, leaving the Republic of Türkiye in economic turmoil.

Turkey earlier cut diplomatic ties in 2010 after a deadly encounter between Israeli commandos and Turkish activists on a passenger vessel near Gaza.

Previously, the two sides mulled diplomatic ties in 2016 but the ties did not last long while former US President Donald Trump’s decision to recognise Jerusalem as the capital of Israel sparked new controversy.

Erdogan, known for standing with the Palestinian cause, denounced Israel’s move and accused Israelis of genocide after their forces martyred Palestinian protesters in Gaza.

TikToker shot dead as Iran clamps down on anti-hijab protests

Putin’s words should not be ignored: Merkel