The Lahore deputy commissioner on Saturday ordered the release of Saad Hussain Rizvi, the chief of proscribed Tehreek-i-Labbaik Pakistan (TLP), after the Punjab government withdrew its plea seeking an extension in his detention.

Rizvi was arrested in Lahore in April this year for threatening the government with rallies if it did not expel the French envoy to Islamabad over blasphemous caricatures of the Prophet Muhammad (PBUH) published in France last year.

The arrest triggered protests in major cities across the country. Six policemen were killed and over 800 injured in violent protests that lasted a week.

The deputy commissioner has issued the order days after the Lahore High Court (LHC) declared Rizvi’s detention illegal, approving a petition filed by the TLP chief’s uncle against his incarceration.

The DC in the notification referred to the LHC’s October 1 judgement. The order states, “I…. allow the release of Hafiz Saad Hussain Rizvi…” 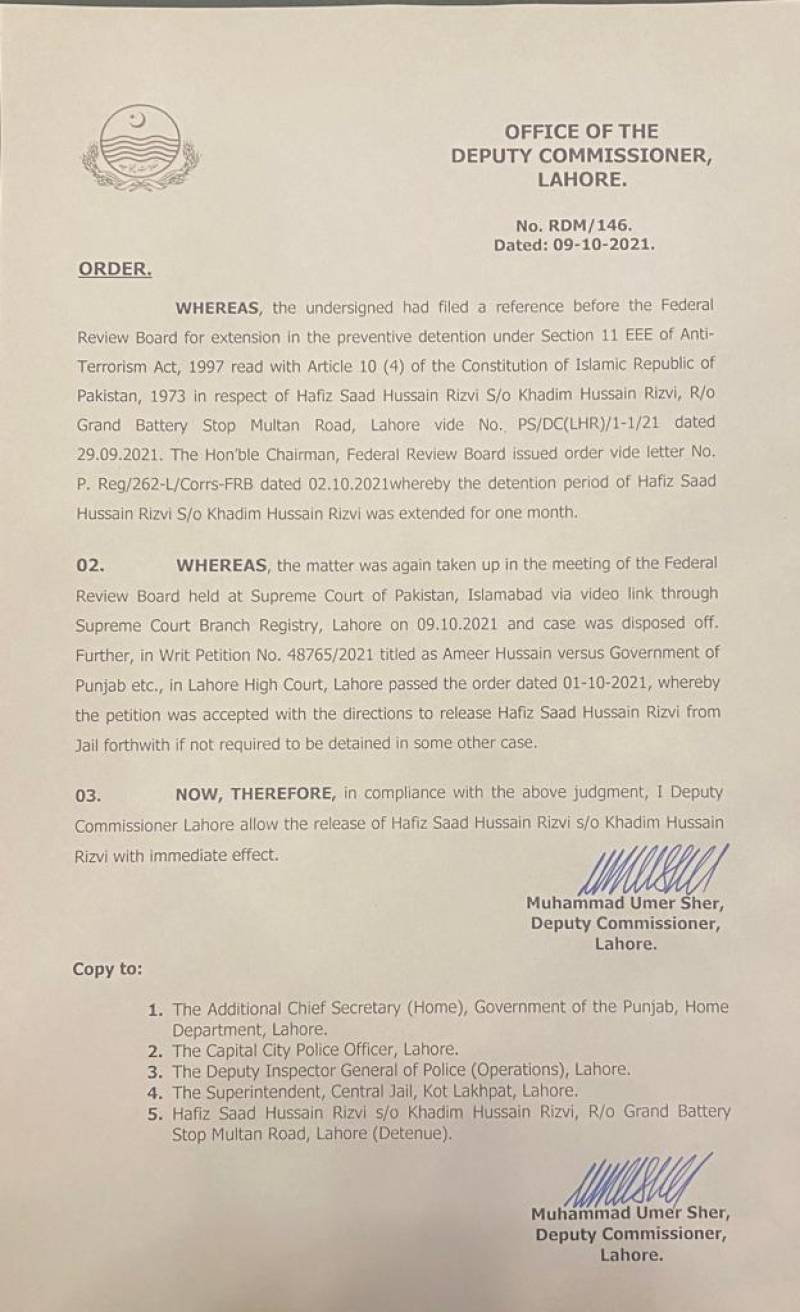 The official also referred to two earlier decisions made by the federal review board of the Supreme Court (SC) regarding the detention of Rizvi, the son of late Khadim Hussain Rizvi.

It stated that a reference had been filed before the review board for the extension of Rizvi’s detention on September 29, and the detention of the TLP head had been extended for a month on Oct 2.

“The matter was again taken up in the meeting of the Federal Review Board … on Oct 9, and [the] case was disposed off,” read the notification.

In the Oct 9 meeting, the review board, headed by SC Justice Maqbool Baqir, heard the Punjab govt’s request to extend the detention and sought reason from officials in this regard.

Following that, the Punjab government withdrew its plea.

Usman Dar, other PTI leaders arrested ahead of Sialkot rally