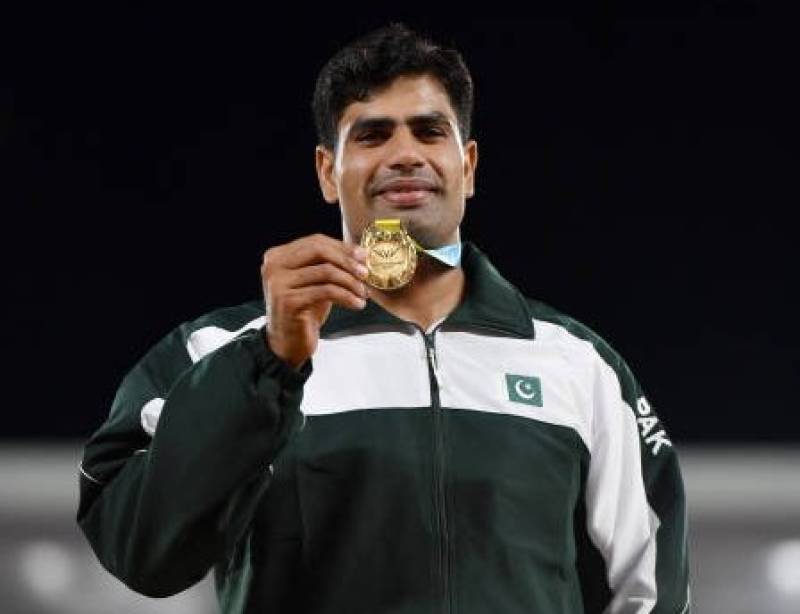 He won the medal with a games record throw of 88.55m and this is his second gold medal in less than a week.

Arshad was in a commanding position since the start of his event on Friday.

The 88.55m throw was his best and also a new record for the Islamic Solidarity Games.

Following his win, Arshad went to the stands where he was greeted by Pakistani fans.

Officials of the Pakistan Olympic Association (POA), Pakistan Sports Board (PSB), and Athletics Federation of Pakistan (AFP) were also there to cheer for the champion athlete.

Last week, Arshad made the nation proud as he bagged a gold medal at the javelin throw competition at the Commonwealth Games in Birmingham.

The gold at Konya is the fourth of Arshad’s international career. He won a gold in 2021 Imam Reza Athletics Championship and 2019 South Asian Games.

The Tehran edition, however, had to be called off following a dispute between Iran and Saudi Arabia.