ISLAMABAD – Prime Minister Imran Khan has announced establishment of Rehmatul-lil-Aalameen Authority to preach that Islam is a religion of love and humanity.

Inaugurating the start of ten-day Rehmatul-lil-Alameen celebrations for the month of Rabi-ul-Awwal in Islamabad on Sunday evening, he said an international advisory board comprising international scholars will also be constituted to present real face of Islam before the world.

Khan said he will be the patron-in-chief of the Rehmatul-lil-Aalameen Authority and its chairman will be a top scholar of Islam.

The authority will monitor curriculum being taught at schools and organize research in universities on the true message of Islam in light of the teachings of the Holy Prophet (PBUH). He stressed the need to undertake research on Muslim heroes.

“A cartoon series will be made to introduce Islamic culture to our children,” he informed.

“Islam has its own cultural values that need to be taught to our children to protect them from evils like sex crimes,” he said while adding that the authority will also remain vigilant of any blasphemous content being shared on the media and to portray real picture of Islam.

Khan said that the society, as a whole, will have to stand up to fight corruption, poverty, immorality, and other evils. 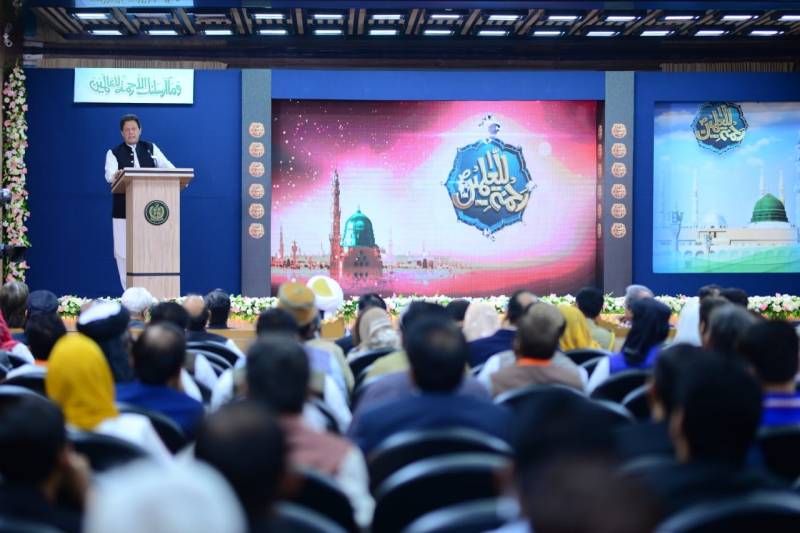 In connection to celebrate this Radio Pakistan and PTV will hold a country wide Na’at competitions. He said different seminars and debating contests will also be held at district level.