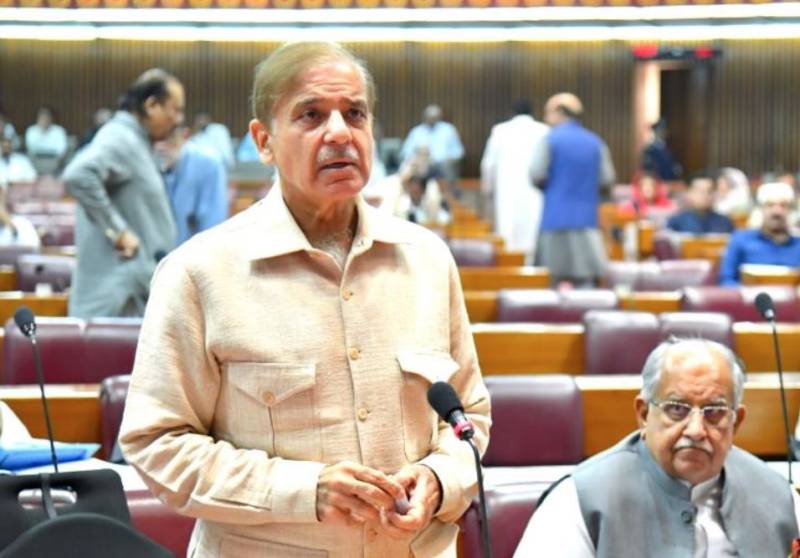 ISLAMABAD – Prime Minister Shehbaz Sharif said the country will face difficult times going forward as the global lender was adamant on incumbent government fulfilling all the conditions of the agreement.

Addressing the party senators in the country’s federal capital, Prime Minister Shehbaz Sharif said the International Monetary Fund was not ready to trust the coalition government in wake of the actions of the ousted government.

Taking a hit at Pakistan Tehreek-e-Insaf (PTI) for ‘pushing the economy to the verge of bankruptcy’, the premier said the Imran Khan-led government signed an agreement with IMF to increase the levy on fuel prices.

Sharif however mentioned that the agreement with the IMF had been decided, saying that matters would be settled in the coming days.

PM reiterated that Imran Khan, knowing he would lose the no-trust motion, lowered the fuel prices despite the oil prices being record high in the global market.

He continued saying that taking the nation towards prosperity was the responsibility of the government, the cabinet, and state institutions.

PM said genuine taxes were being imposed on the elite class to relieve the poor, adding that he will address the nation in the next few days to take them on board about the economic situation.

He also mentioned that Beijing approved disbursing a $2.3 billion loan to the South Asian nation which was a sigh of relief in the current circumstances.

Protesters booked for ‘chanting slogans against security forces’ in Swat