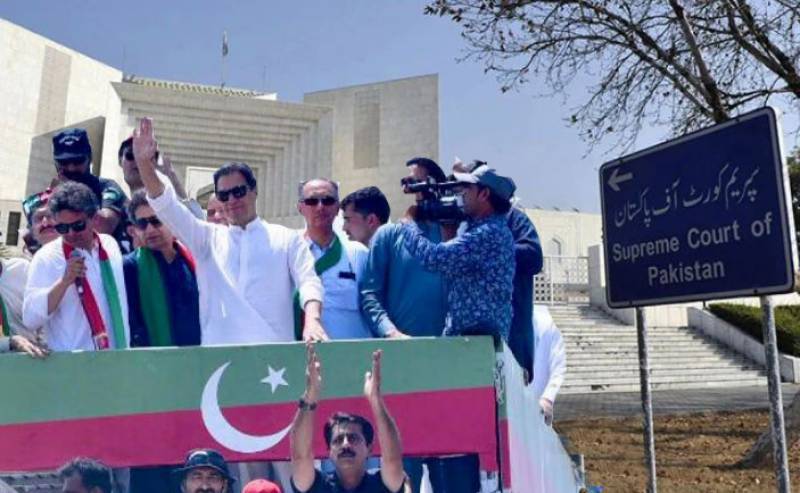 Addressing a presser in the country’s federal capital, the ousted premier said NAB amendments will be challenged in Supreme Court this week as he maintained that tweaks in the accountability laws will pave way for corruption.

Nobody can pass such laws shamelessly as the coalition government did, Khan said, adding that the antigraft watchdog will have to prove whether a person accumulated wealth illicitly, after the changes.

The firebrand politician mentioned assets beyond the means of the NAB law, which will provide relief to some of the PDM leaders. Khan added that the amendments to section 21 have now made the information on foreign assets inadmissible, saying Nawaz Sharif and Maryam Nawaz will get clean chits in corruption references.

PTI chairman mentioned that the country of nearly 221 million cannot progress with corruption as justice is the key to a country’s development.