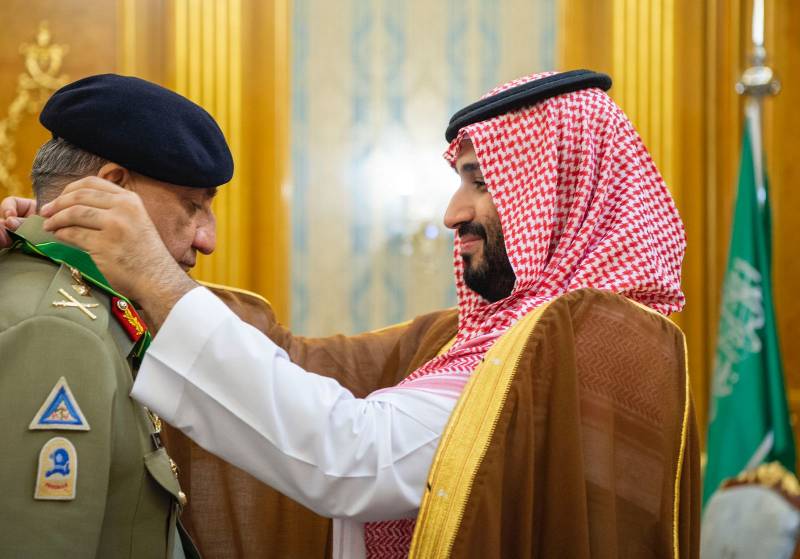 The army chief is currently on a visit to the Kingdom of Saudi Arabia, where he was received by Prince Mohammed bin Salman, the Saudi deputy prime minister and minister of defence.

According to Saudi Press Agency, “Saudi Crown Prince Mohammed Bin Salman bin Abdulaziz conferred the medal upon COAS General Bajwa in recognition of his distinguished efforts in consolidating and strengthening bonds of friendship and joint cooperation and developing Saudi-Pakistani relations.”

The two sides reviewed bilateral relations — especially in the field of military with opportunities for development and a number of issues of common interest during the meeting.

The meeting was attended by Saudi Deputy Minister of Defence Prince Khalid bin Salman bin Abdulaziz, Chief of General Staff Lieutenant-General Fayyad Al-Ruwaili and a number of senior officials both from Pakistan and Saudi Arabia.

PM Shehbaz renews his offer of a charter of economy