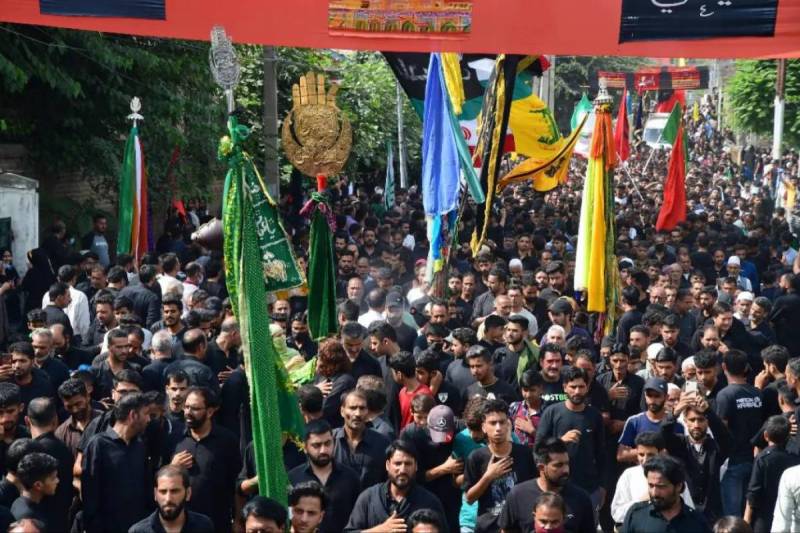 SUKKUR– At least six mourners suffocated to death and dozens were unconscious during the 9th Muharram procession in Rohri, Sindh.

Reports in local media said the deceased persons were taken to Taluka Hospital, by NGO vehicles that were taking part in emergency services.

Rohri, the third largest city in Sindh located on the east bank of the Indus River has narrow streets. The weather was also humid, which added to the conditions.

Mourners from all over the country visited this procession as it is revered for having raised a Karbala tazia for over five hundred years.

Muslim observes the 9th of Muharram with due solemnity and sanctity in memory of the seventh-century martyrdom of Hazrat Imam Hussain.

Cellular service has been suspended in most areas across Pakistan and internet service has also been disrupted in sensitive areas to ensure foolproof security.

In Karachi, the main procession started from Nishtar Park at 1pm and will conclude at Hussainia Iranian Imambargah in Kharadar after passing through various areas, including Empress Market and Tibet Centre.

In Lahore, the main mourning procession was taken out from Pando Street, Islampura, and will culminate at its starting point in the evening.

The main procession in Islamabad started from Markazi Imambargah Asna Ashri in Sector G-6/2 and end at the same place after passing through its traditional route.

In Peshawar, the main procession started at 10am from Imam Bargah Hussainia Hall, while Quetta’s mourning procession will emerge from Mekangi Road at 1:30 pm.