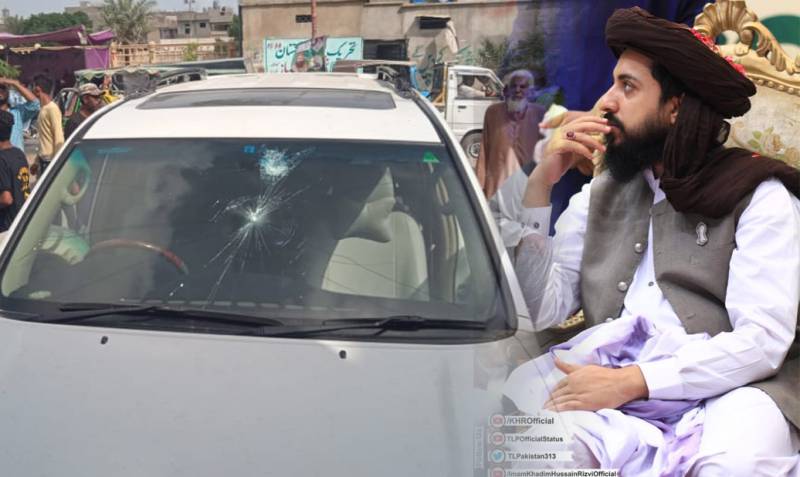 The son of the late firebrand politician remained unhurt in the incident as activists of several parties including Pak Sarzameen Party, Tehreek-e-Labbaik Pakistan and Muttahida Qaumi Movement-Pakistan trade blows.

TLP leaders told local media outlets that unidentified assailants opened fire on the vehicle of the TLP chief while he was on his way to Landhi in the port city.

In a clip doing rounds on social media, Rangers personnel can be seen escorting TLP leader from the spot.

Earlier in the day, a man was shot dead, and over a dozen suffered injuries in armed clashes in the seaside metropolis. Charged activists demolished the election camps of their rival parties and exchange of fire between them caused a stampede in the area.

Saad Rizvi, the leader of right wing party which was earlier banned, was released last year after the withdrawal of a reference filed in the Supreme Court’s federal review board regarding his detention and the removal of his name list of individuals who are suspected of terrorism.

He was earlier nabbed under the Anti-Terrorist Act after days of violent protests by the group’s activists across the country.