LAHORE – The United Kingdom has pledged seven million pounds in grant financing and form of technical support to climate resilience projects in Pakistan that stand eighth on the list of being the most vulnerable countries to climate change.

Alex Ballinger, UK Representative to Punjab at Foreign, Commonwealth, and Development Office (FCDO) Saturday said while talking to a select group of environmental journalists and cited that Britain continues to smash its target of working with the South Asian country to halve emissions.

BHC’s #26For26 campaign continues to smash its target of having 26 Pakistani companies commit to halving emissions by 2030 and getting to net-zero by 2050. Similarly, 28 companies have also so far signed up for this drive, Mr. Alex added. 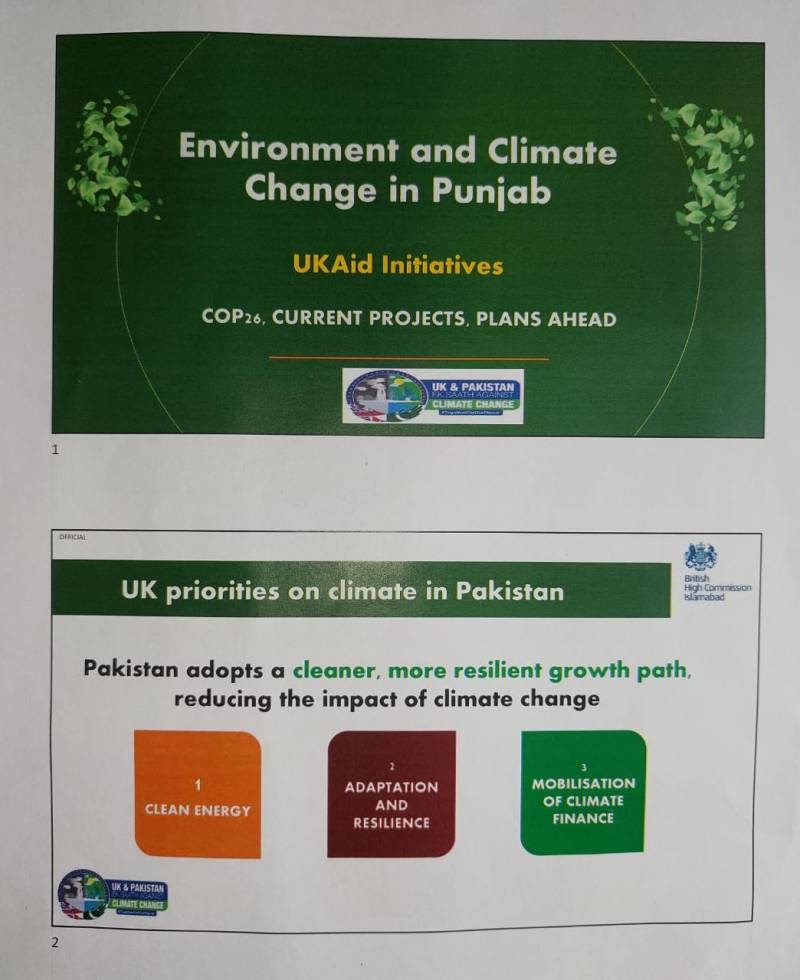 The UK will invest more in Pakistan over the next years, helping communities adapt to climate change and improving community-level resilience, and supporting the efficient use of water resources.

The UK, earlier in 2021, kicked off a program in Punjab capital to uphold cleaner brick production which will help improve air quality and curb smog. The Air Quality Index (AQI) in the provincial capital is already the worst as the metropolis has ranked the most polluted in the world with an AQI rating of 195. 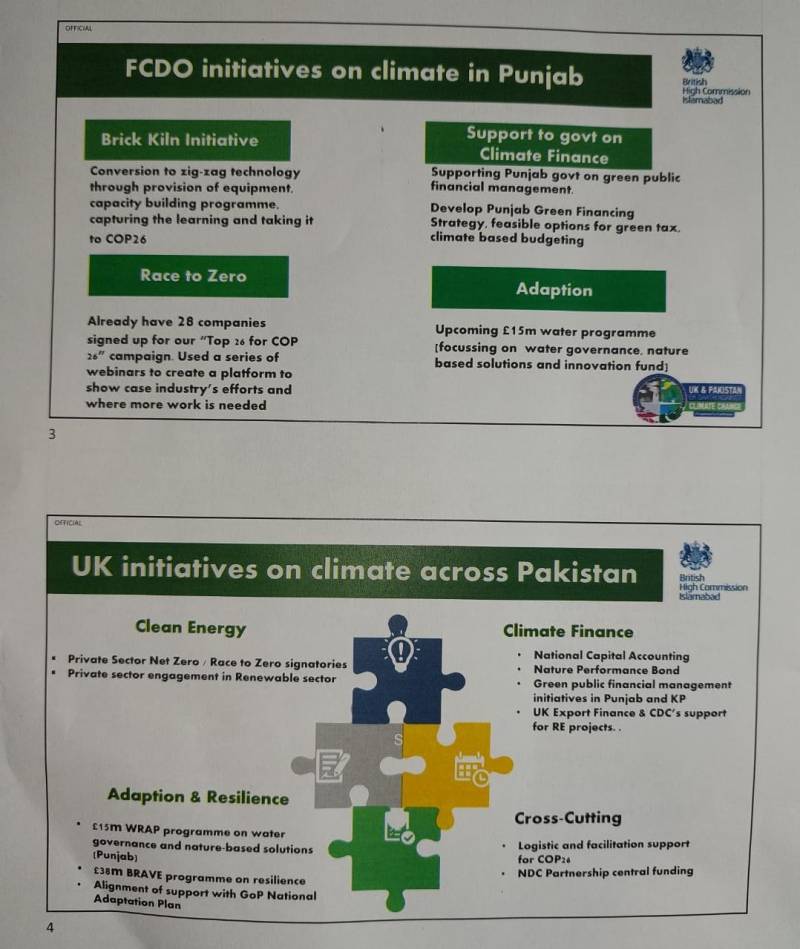 British authorities will fund a targeted training program on ‘Zig Zag’ technology for the brick industry to stern emissions. The government of Punjab, Brick Kiln Owners Association of Pakistan, and the International Centre for Integrated Mountain Development are also part of the program.

COP26 is reportedly the largest international event of its kind ever to be held in Britain with more than 25,000 delegates including world leaders, opinion formers, and top businesses.

The campaign will work to halt changes that contribute to rising global temperatures and protect our planet and people from the impacts of climate change.

Britain has already achieved considerable feats so far as around 70 percent of the world’s economy is now covered by net-zero targets, and this will help the most vulnerable countries like Pakistan.

The South Asian country is the eighth-most vulnerable state in the world to climate change. Some reports have also warned that country’s most populous city Karachi could be completely submerged in the next 4 decades if the current trajectory of rising sea levels continues.

Scorching temperatures in the metropolis this year have already been the highest in the last 7 decades.

Furthermore, the Prince of Wales also interacted with Khan and vowed for greater global cooperation on climate change and protecting the environment.